What we offer
Make an order

The team at Fluechem is often called upon to help ship owners who find themselves struggling to source the chemicals required to keep them compliant based on the complex nature of their shipping schedules.

One such case was seen when a customer with a newly installed Scrubber on their brand-new vessel was finding it increasingly difficult to source marine grade Caustic Soda 50% due to the routes set out for the ship. This particular vessel’s sea voyage routes covered some of the most remote parts of the world including the likes of the South Atlantic Ocean based Ascension Isles which sits around 1,000 miles from the coast of Africa and 1,400 miles from the coast of Brazil.

During the times in which the vessel struggled to receive Caustic it was forced to run expensive low sulphur fuel to maintain IMO SOx compliance. This in effect was negating the purpose and costs associated with having the Scrubber installed.

Fluechem was contacted by the vessel’s owners whereby our team of experts analysed the ships future sea routes and then co-ordinated these stops across our production sites. Ultimately this resulted in the client receiving their Caustic from Fluechem Brazil, whom subsequently exported the consignment from plant to Argentina. The next stage of this complex operation was to ship the Caustic to the Ascension Isles with the key activity being that the chemicals arrived in time for the ships berth.

Having optimised the process Fluechem was able to deliver the required Casutic on time and on budget thus enabling the vessel’s crew to start using the HFO via their scrubber technology.

This kind of project is typical of our solution based approach and demonstrates our ability to supply Caustic Soda 50% bunkering solutions throughout the world.

FOR MORE INFORMATION ON HOW THE TEAM OF EXPERTS AT FLUECHEM CAN HELP CONTACT US TODAY. 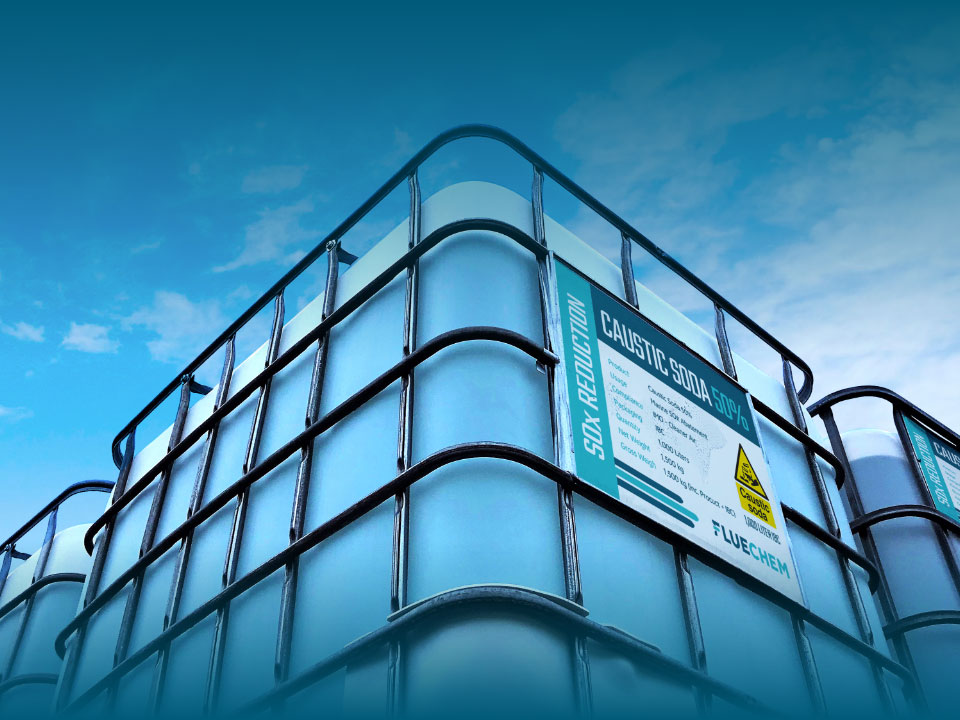 For more information on how the team of experts at Fluechem can help contact us today. Contact Us